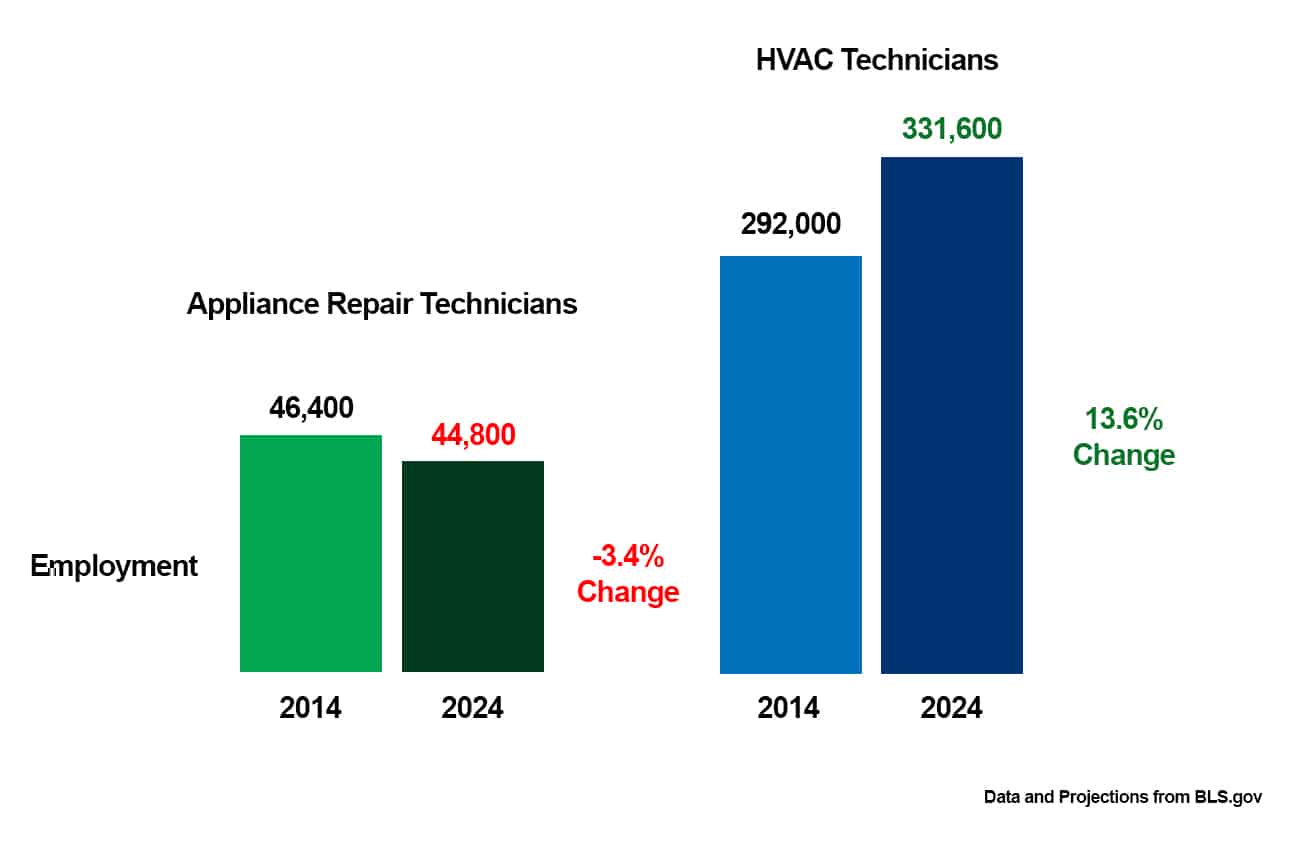 UPDATED:  4/21/2016 – The US Department of Labor has released 2015 stats and show only 33,900 appliance repair technicians in the entire United States!  So there are even less technicians than what was originally reported.  We have reached out to the BLS for a comment on why the figures for 2014 have changed so dramatically.  The BLS claimed that this number does not reflect the self employed workers, only people that are actual employees of different companies.

Samsung Home Appliances is one manufacturer who is stepping up and aggressively trying to solve the lack of qualified technicians.  Beyond providing their own training to their authorized service companies, Samsung is reaching out to schools like Fred’s Appliance Academy to better prepare new technicians for this field.  Samsung has sponsored 3 students to attend the March 2016 three week Basic Appliance Repair course provided by Fred’s Appliance Academy in March 2016.

Alex Lopez, one of the sponsored students, is grateful for the educational opportunity.  “I had little to no experience in appliance repair and Samsung asked for volunteers to attend the course.  The course is not even halfway done and I already feel way more confident in appliance repair.”

Another sponsored student, Dara Touch, had similar comments.  “I would not have had the money to attend a course like this, I’m happy that companies like Samsung are willing to invest in me.  Having an instructor that knows the business has made this training way easier than I expected.”

Both of these students are in their early 20’s and traveled all the way from California to attend this small trade school in Ohio.  Fred’s Appliance Academy hopes this continues a trend with other manufacturers.  “This is an industry-wide problem and we have to understand that our lack of qualified technicians is not going to be solved by maintaining business as usual.  We are more than willing to work with every appliance manufacturer to help them achieve their own company goals while growing the industry labor force nationwide,” said Adam Butcher, Director of Fred’s Appliance Academy.

Fred’s Appliance Academy wants to thank Samsung for their continued support as they take a small step forward together to solve this national appliance repair technician shortage.