Baking? What is the difference between convection baking and regular baking? 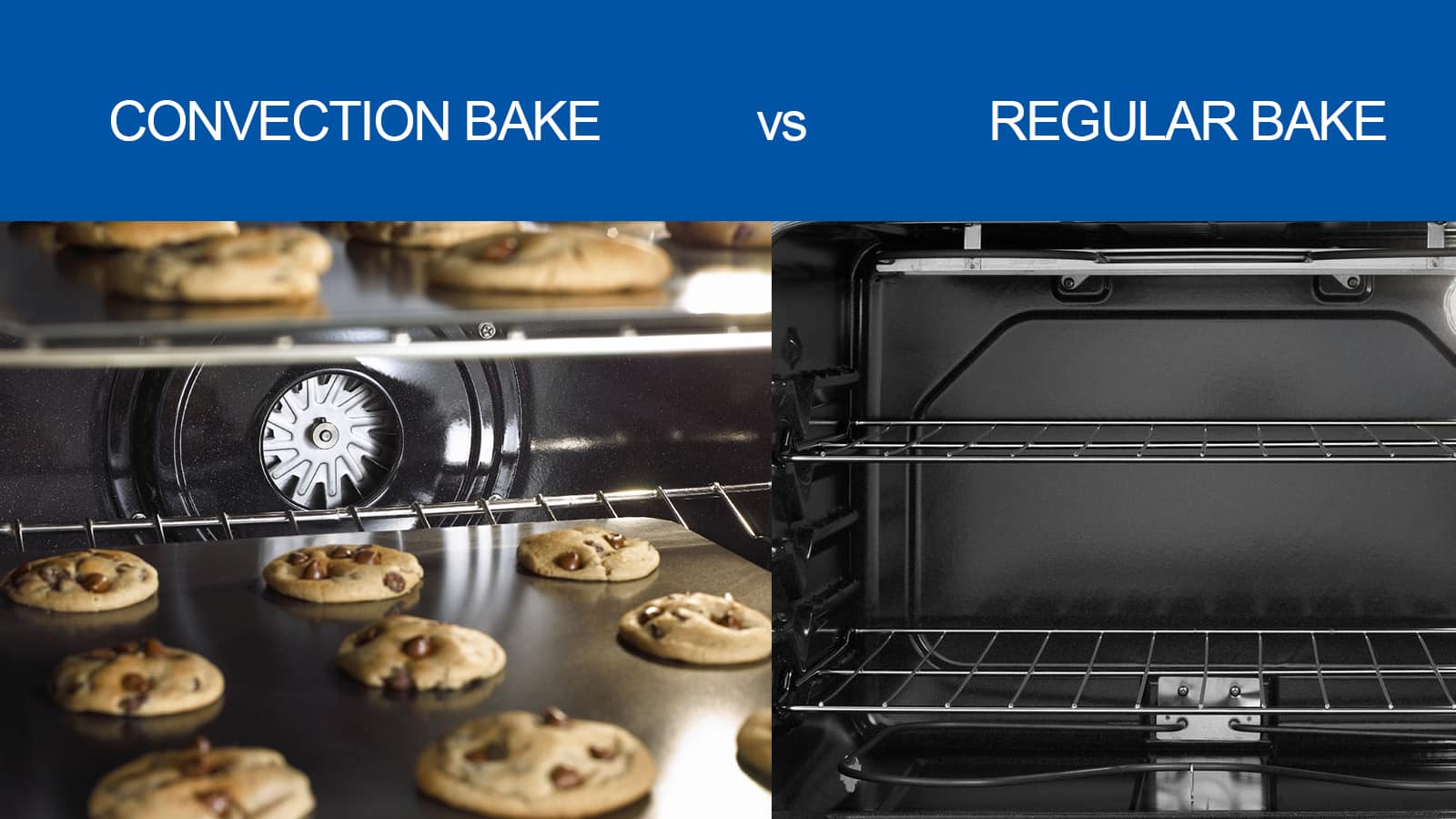 Are you in the market for a new oven and puzzled whether to buy a convection or standard oven? What is the difference between convection baking and regular baking? Is there a difference worth considering? Let’s take a look.

You need to bake three-hundred chocolate-chip cookies for your Friday evening Dahlia Club meeting. Let’s say you have three racks in your conventional oven. Most baking pans have room for 15 cookies each. When we do the math we discover that this operation will take well over 90 minutes to complete. And this does not include the prep time. And just how will these chocolate-chip cookies turn out? The cookies on the top rack will be darker than the ones baked on the middle or lower rack. Trying to bake three racks of cookies in a conventional oven will allow for an uneven distribution of heat because the heat will need to move around the baking pans. In comparison, if you perform the same operation with a convection oven, which may contain at least 5 racks for baking, (but for the purpose of an accurate and fair comparison we will stick with three per cooking time), the baking time involved will be reduced by nearly 40 minutes.

A standard or conventional oven uses two heating elements, one at the top and one at the bottom. Both elements are used for preheating the oven but only one element is used during the cooking process. In a conventional oven, hot air rises causing the upper half of the oven to always be warmer than the lower half. When two pans of chocolate chip cookies are placed on oven racks, one on top of the other, the one on the top rack will bake quicker. The top tray will be half-burnt and the bottom tray will need a few more minutes before done. The top of the oven can be 30 degrees hotter than the bottom. Baking in a conventional oven often time leads to uneven baking because the center of the oven is cooler than the top or bottom. A turkey or roast can be overcooked in places and undercooked in others.

The convection oven is the solution to uneven cooking. A convection oven promises to reduce cooking time and improve the appearance, quality, and taste of most foods. The convection oven has a fan and an extra heating element positioned to the rear of the oven. A stream of air from the fan passes through the heating element, circulates and evenly distributes the heat throughout the oven chamber. You can now cook as many trays of cookies as you have room for. Because more hot air comes in contact with the food, it will bake faster. Which is a good thing but you will need to adjust either oven temperature or baking time. The general rule of thumb is to reduce baking time by 25% or reduce oven temperature by 25 degrees. But if you don’t want to fuss with reducing the baking time or oven temperature, let the oven do it for you! Most, if not all, convection ovens come equipped with an automatic convection conversion.

Hot Tip: The fan in a convection oven will wick away inherent moisture in food more rapidly than a conventional oven. This will enable a beef roast or a turkey to sear and brown more evenly.

Some foods should not be cooked in a convection style oven. Souffles and lighter pastries, such as a cream puff, are so light and fluffy that the convection fan will ruin them. It’s simply best to turn the fan off when cooking these types of foods. The other possible disadvantage is the convection oven costs more than a conventional oven. But the savings will come through using less electrical and gas energy.

At Fred’s Appliance Repair Service we welcome any inquiries you may have regarding standard or conventional ovens. Give us a call sometime at 888-453-7337. We look forward to hearing from you.