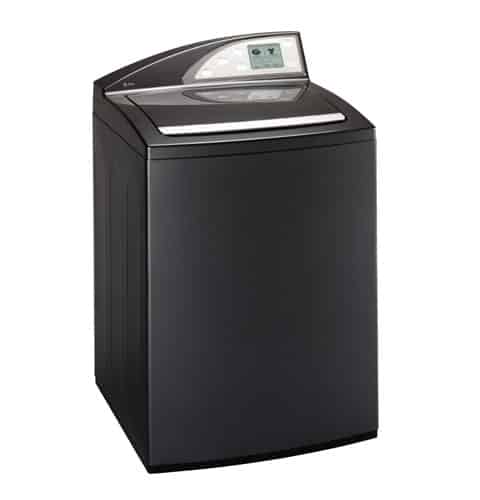 If you bought a GE Profile clothes washer between June 2003 and October 2011, you should check if it’s been recalled for a fire hazard. You can check using GE’s web form, entering the model number and serial number. If you prefer, you can call the recall hotline, 877-830-9732, between 8 AM and 5 PM Eastern time on Monday through Friday.

Fire risks with washers and dryers

The Consumer Product Safety Commission reports that there have been 71 incidents where washer components have caught fire or been damaged by burning. Three of these cases resulted in fires; the total property damage was $129,000.

The repair is free. If you’ve got a washer that’s been recalled, unplug it and stop using it. Contact GE at 877-830-9732 to verify that it’s an affected unit and arrange for a free repair.

Many people ignore recall notices or simply aren’t aware of the recall. Even with the highly publicized recall of the Samsung Galaxy Note 7, about half the people affected have kept their phones. When a manufacturer recalls an appliance, getting the problem fixed is usually simple and free, and it’s worth the peace of mind.

Recalls on washing machines are relatively rare. In 2012, LG Electronics recalled washers under the LG and Kenmore brands because of a risk of property damage and injury. Under an unbalanced load, the machines could shake severely, and sometimes the drum could come loose.

Other product recalls by GE in recent years include air conditioners and heating units and LED replacement lamps.

Mold buildup in some washers resulted in a class action settlement this year. There was no product recall, though.

Electrical defects in individual units can create a fire risk without triggering a product recall. A study by a UK watchdog group found that washing machines caused 14 percent of appliance fires in Great Britain between 2011 and 2014, more than any other single appliance type. Short circuits caused by water were a big contributing factor. Most accounts, though, show dryers as the leading cause of laundry room fires, accounting for as much as 92 percent of them. As a group, cooking appliances are a greater fire risk than laundry equipment.

Age and wear are bigger sources of fire risks in appliances than defects in manufacturing. Motors that have stayed in service for decades are more likely to overheat and cause a fire. Worn electrical cords can become a fire hazard. Lack of maintenance increases the risk. The leading source of clothes dryer fires is failure to clean out accumulated lint.

A few precautions will minimize the risk of fire from appliances:

If your washer is subject to a product recall, contact the manufacturer to get it fixed for free. For general service, Fred’s Appliance does repairs on GE and many other brands of washers and dryers. Contact us to arrange a service visit.