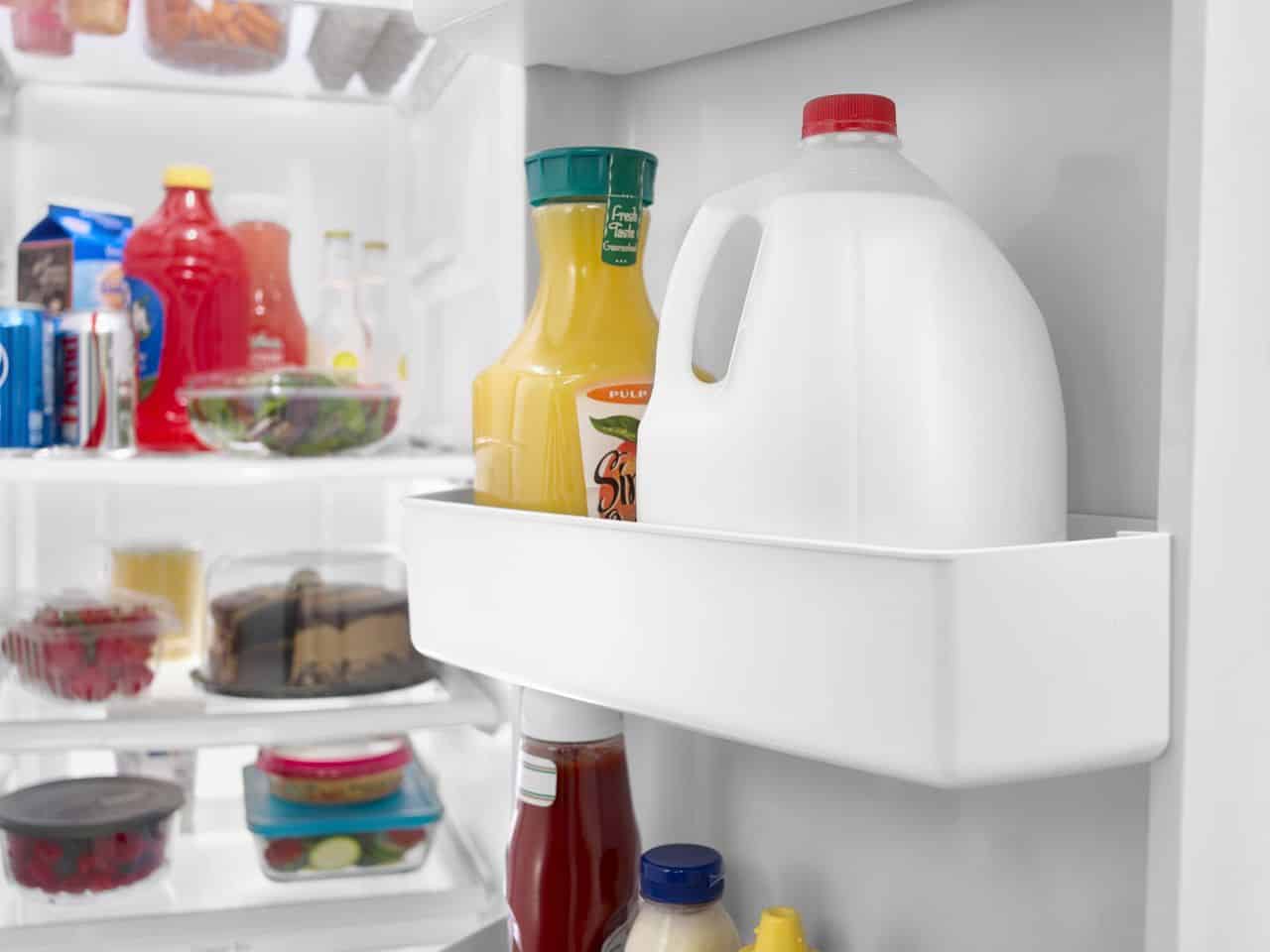 When you press a cup against the switch of your ice chute, a lot of parts start moving to open and close the chute. But if the door chute is no longer closing properly, the door center may be broken. This is the part that physically blocks ice from falling out. Order a replacement part #241688501 for your Frigidaire refrigerator. Then follow these steps to install it yourself.

During this repair, you will be unplugging wires and disassembling parts. Unplug the refrigerator before you start to keep yourself safe from electricity. This repair also involves disconnecting a water line, so turn off the local water connection to minimize the risk of leaks or spills.

Open the refrigerator door to access the freezer door handle. Loosen the screws at the top and bottom of the handle without fully detaching. This releases the pressure so you should be able to lift the door away and set it aside.

Pull out the water tube from the right side. Use needle nose pliers to carefully pry it out of the bracket. Now the bracket is free to take to a table or work surface.

First, unplug the right-hand wire plug at the top of the circuit board with the red and black wires (not the one on the left). Use a flathead screwdriver to pry them free.

After that, press up on the underside of the flapper so you can pry the door center free. Set it aside.

Once the door center is in place, reinstall the ice actuator. Hold it approximately in place, and threat the red wires behind the switches. To install the actuator, push the flapper closed to rest the actuator on top of it. Press down both parts further so you can slide the top two hinges into the groove. Then secure it in place with the two screws in the top corner.

Manually push down the switch and release it to make sure the door center closes and then reopens.

Once you know the parts are assembled correctly, plug the red wires back into the circuit board. The length of the wire needs to go behind the switches to minimize the risk of any pinching or pulling. Carefully push the circuit board back into place against the bracket without securing it.

Hold the bracket against the freezer section door. Carefully push the water line back into the hole at the bottom of the bracket. Use pliers to hold it in place and then push the bracket up around it. If the fit is too snug, lightly cover the water line in soapy water for lubrication. Once the water line is connected, orient the bracket so it’s flush against the cavity. Make sure the wide wire harness to left is pulled to the side so you can plug it in later. Hold the bracket in place and secure it with the three screws. Now you can plug in the wide wire harness. press the circuit board into place carefully and hold it still as you reattach the six screws around the perimeter of the circuit board. Start with the bottom three screws and then add the clear protective layer on top of the circuit board. Sandwich it between the board and the top three screws to secure it.

Bring the frame back over to the refrigerator. Before you reattach it, press the end of the ribbon wire harness back into the horizontal opening on the right side of the circuit board (between the bottom middle and right screws).

Orient the frame against the freezer door with the buttons along the top. Slide the top three hooks into the holes in the door and push it flush against the door. then press it down until it clicks into place. Secure it with three screws along the bottom. Slide the drip tray in place to cover the three screws.

Install the handle. Start by opening the refrigerator section door. Then position the cavities on the top and bottom over the posts. Tighten the screws until they grab onto the posts securely.

Shut the door and plug your refrigerator back in. test the ice chute to make sure it dispenses ice properly.

If your refrigerator or other appliances need additional repairs, browse our resources at Fred’s Appliance Service. You can also contact our team of trained appliance repair technicians for troubleshooting, repairs, and maintenance.