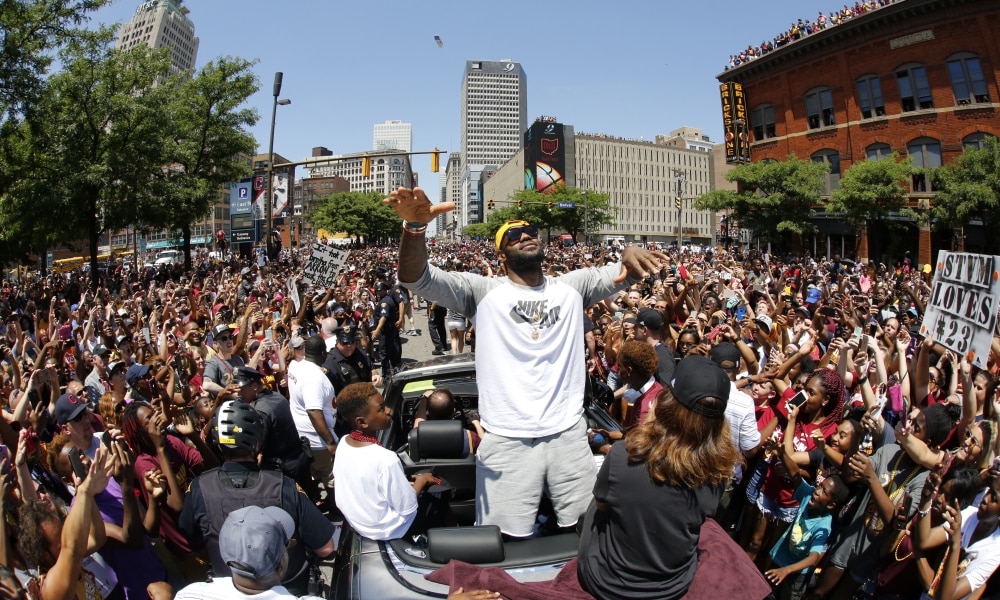 If you have lived in Cleveland, Ohio, all your life, or if you are a newcomer, you may be interested in some of the history of the city. The Cleveland, Ohio history timeline is summarized from here, where you can view more details.

1796 – 1810 The very first mention of Cleveland is under a different spelling, when Moses Cleaveland and a survey party arrived on July 22, 1796. By 1797, the first wedding was held in the settlement and the first baby was born. By 1800 the population was seven (7). By 1802 there was a first census of the Cleveland  township. The census showed “76 free male inhabitants over the age of 21”. Remember, back then, women and slaves were not counted as part of the population. By 1803, Ohio was admitted to the Union and mail service came to Cleveland. In 1806, Moses Cleaveland, who led that first survey party, died in Connecticut. The years 1807 – 1810 saw the first church, the first ship, and the first governor of Ohio. By 1810 the population of Cleveland was approximately 57.

1810 – 1820  During these years, the first doctor arrived. The first courthouse was completed. Cleveland received its charter as a village on December 23, 1814. During these years a bank was opened and a newspaper was started. By 1820, Cleveland’s population had grown to 606. Meanwhile, the population of the county as a whole was 6,328.

1820 – 1830.  Another church was organized. The first theatrical performance was held. A bridge was opened over the Cuyahoga River and the construction of the Ohio and Erie Canal began. The first Catholic church was organized. Land was purchased for a cemetery. The Ohio and Erie Canal opened on July 4, 1827. A second courthouse appeared in these years, as well as a public market. By 1830, Cleveland’s population was 1,075 and the county’s population as a whole was 10,373.

1830 – 1840   Another church came into being. The name was officially changed from “Cleaveland” to “Cleveland”. More expansion came to the Ohio and Erie Canal, and it was completed. A cholera epidemic took 50 lives. Another church sprang up. The first dentist arrived.  An orphanage opened. Another church sprang up. The first group of Jewish settlers arrived in 1839. By 1840, the population was 6,071 and Cleveland had grown to be the 45th largest city in the nation. The county’s population as a whole was 26,506.

1840 – 1880  The Globe Theater opened. Another newspaper opened. A medical college was established. Another bank opened which became the forerunner of National City Corporation. A German-language newspaper was published. The first telegraph line was completed. The Cleveland Library Association was chartered.  The first train ran and the first street light was installed. A Federal Court was established. A water system began operation and the first sewer was constructed (you have to wonder what they were doing from 1796- 1858 in that regard). A horsecar service was inaugurated. A slave case was heard in the Federal Court (1861) and Abraham Lincoln visited February 15, 1861. In 1865, Lincoln’s body laid in state on the Public Square on its way to Springfield, Illinois, where it was laid to rest. The Cleveland Police Department was established in 1866. The first run of Bessemer Steel was made September 6, 1968. The first professional baseball team was the Forest City Team (1869). Standard Oil Company was created January 10, 1870, and Sherwin-Williams Company was created February 3, 1870. The Cleveland Bar Association was established. The national office of Locomotive Engineers was moved to Cleveland. Cleveland’s professional baseball team joined the national league. By 1880 Cleveland’s population was 160,146 and the county’s population was 196,943.

1880 – 1920.  The Cleveland Telephone Company began service. The precursor to the Cleveland Engineering Society was formed. James Garfield lied in state in the Public Square after being assassinated. The Western Reserve College moved to Cleveland. The first electric streetcar ran in the city in 1884 and the Cleveland Electric Light Company was formed. The year 1885 saw the first female lawyer in Cleveland. The American Institute of Architects founded a Cleveland Chapter in 1887. The first cable cars ran in Cleveland in 1890. The Winton Motor Carriage Company started. The Cleveland Blues (predecessor to the Cleveland Indians) were established. A Cleveland resident assassinated President William McKinley(1901). Cleveland became the Fourth District headquarters of the Federal Reserve Bank (1914). By 1916 the Cleveland Museum of Art opened. By 1920 the population of Cleveland was 796,841 (5th largest city in the nation). The county’s population was 943,495.

1920-1960 The League of Women Voters was founded April 26, 1920. Radio broadcasting began in 1922. The Republican National Convention was held in Cleveland in 1924. In 1925 a new library, as well as an airport, were opened.   Hospitals were incorporated. The first buses were used (1925). By 1933 depression-era unemployment peaked with nearly 1/3 of the city workers jobless.  The Cleveland Arena opened. John D. Rockefeller died in 1937 in Florida and was buried in Cleveland. The Cleveland Transit System began operation (1942). A Fair Employment Practices law was passed in 1950. The St. Lawrence Seaway opened.  By 1960 Cleveland’s population was 876,050 (8th largest city in the nation). The county’s population was 1,647,895.

1960-2000  Cleveland State University was established in 1964. December 15, 1978, Cleveland became the first major city to default on its obligations since the Great Depression. In 1980, a debate between Jimmy Carter and Ronald Regan was held. In 1984. The Cuyahoga Works of United States Steel Closed. By 1993, Cleveland had been named an All-American City for the fifth time. In 1996, Cleveland celebrated its Bicentennial. By 2000, Cleveland population was 478,403 (33rd largest city in the nation). The county’s population was 1,393,848.

So there you have it. That’s a quick overview of Cleveland. We at Fred’s Appliance are part of that great heritage of Cleveland that made it an All-American City five times. As part of Cleveland’s industrial base, we focus on keeping Cleveland’s appliances working. Contact us for all your appliance needs.