How to Check a Microwave Fuse 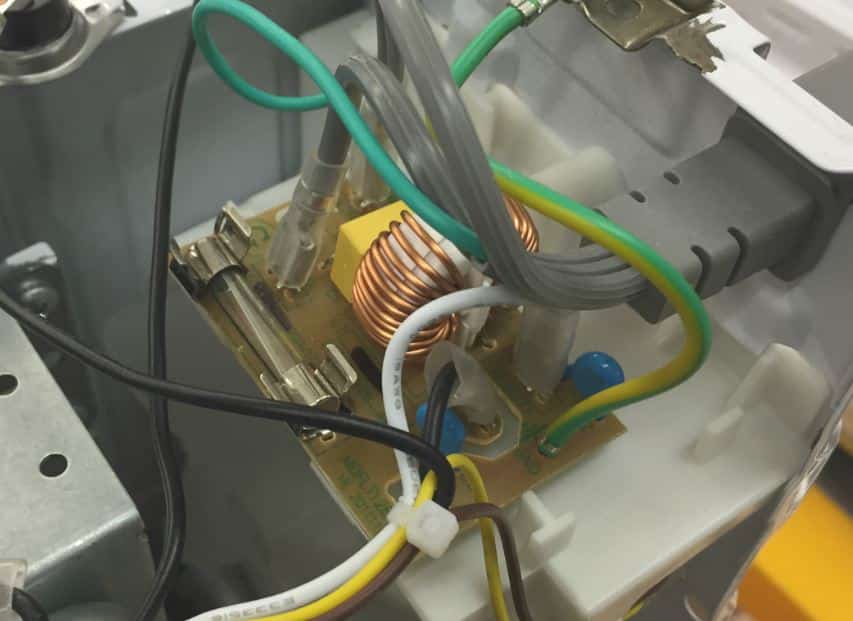 If your microwave oven suddenly stops working, the problem may be the fuse. If you have some experience working with electrical equipment, you can check it and replace it.

Don’t attempt the job if you aren’t comfortable with it. If you don’t know a capacitor from a caster, leave the matter to a professional. Even an unplugged microwave oven may contain high voltages and could give you a dangerous shock. If you’re learning, be sure you have expert supervision, and follow all instructions.

Leave the oven unplugged for at least fifteen minutes before opening it up. The main capacitor holds a very high voltage, and it needs time to discharge. Even after that, don’t assume that it’s safe to touch.

Start with what’s obvious and easy to check. Unplug the appliance and check if the outlet is delivering power. Plug in a lamp at the same outlet and see if it gets power. If not, the problem is more likely a circuit breaker than the oven. If it keeps throwing the breaker, though, you should check why. You might be running too many appliances on the same circuit, or the oven could be defective.

Unfortunately, microwave fuses are rarely in a convenient location. You’ll have to do some disassembly to get to the fuse. Typically this means removing a panel. Set all the screws aside. The power cord will lead to the fuse holder. Be careful not to touch any electrical parts or interior metal objects.

The fuse will be one to two inches long. It may be a glass fuse with a filament, or a ceramic fuse. It’s easy to tell if a glass fuse is blown; it will show scorch marks, and the filament will be melted. To check a ceramic fuse, use an ohmmeter or continuity tester. With an ohmmeter or multimeter, you should see a reading close to zero ohms if the fuse is intact, or infinite if it’s blown. If a continuity tester indicates continuity when you touch its lead to the ends of the fuse, it’s good.

If the fuse is good, the problem lies somewhere else. The outlet may have an unreliable connection, or another component may have failed. Reassemble the oven and try it at a different outlet. If it still does nothing, it needs service.

If the fuse is open, then the next step is determining what caused the fuse to blow.  If you just simply replace the fuse, there is a good chance the fuse will blow again.

If you have a blown fuse, take a look at the other circuitry without touching it. If you see any loose objects, they might be the source of a short circuit. Remove them using a non-conducting tool. If you see damaged electrical components, replacing the fuse won’t do any good and could create a hazard.

Remove the fuse from its clip and replace it with a new one of the same type. The new fuse must have the same ampere rating as the original; one with too low a rating will blow immediately, and one with a higher rating won’t stop dangerous current. Make sure the clip holds the fuse snugly. Reassemble the oven and plug it in. If the control display comes on, you’ve replaced the fuse successfully.

Put a microwave-safe cup of water in, and run the oven for fifteen seconds. If it stops working again, something is wrong with it. Time to call for service.   We recommend replacing the monitor switch, it is the most likely cause for why the fuse failed in the first place.  if you are not sure which one it is, we can help!  If you don’t want to waste money on fuses, check out our re-settable fuse for microwave repair!

Simple repairs such as this aren’t a problem if you have basic electrical skills. For more difficult ones, get in touch with Fred’s Appliance. We’ll be happy to get your appliances working again.