What Is Dishwasher Salt? And Why Should I Use It? 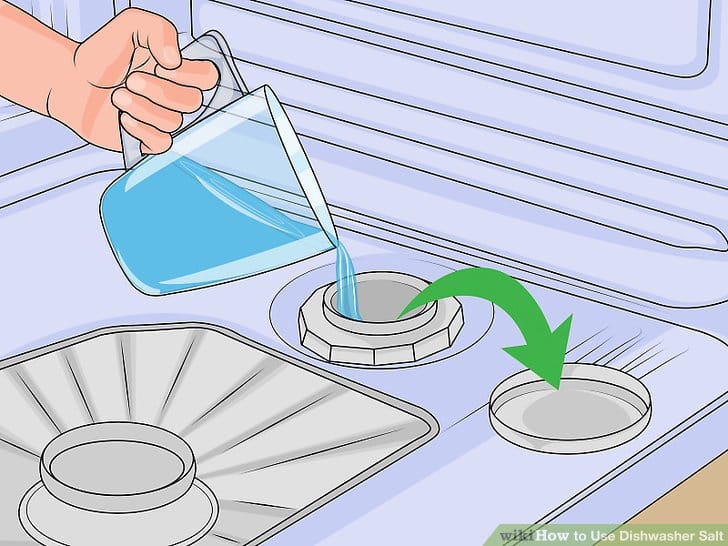 The thought of pouring salt into your dishwasher may sound counterproductive. After all, isn’t the purpose of this major appliance to clean dishes and not coat them with debris?

When used correctly, dishwasher salt will improve the unit’s ability to ward off hard water stains, allowing you to enjoy spot-free dishes. This week we’re going to take a closer look at dishwasher salt and how it works.

Dishwasher salt differs from traditional salt in several different ways, one of which is its size. Table salt granules are ground to a smaller and finer consistency, which can result in clogged drains when used inside a dishwasher. Dishwasher salt, on the other hand, is thicker and doesn’t the disturb the unit’s normal cleaning operations.

Another major difference between dishwasher salt and table salt is its chemical structure. Dishwasher salt is typically made of 100% sodium chloride with no other additives, whereas table salt often contains anti-caking compounds like magnesium. The additives used in table salt may interfere with the dishwasher’s mechanical components or promote the production of hard water stains.

Contrary to what some people may believe, dishwasher salt does not clean or fight hard water stains. Its purpose is to reset the unit’s built-in water softener. Some dishwashers, especially those manufactured overseas in the U.K., feature water softener baskets filled with small resin balls. These resin balls absorb calcium and magnesium ions – two compounds commonly attributed to hard water stains – from the water, promoting clean, spot-free dishes.