When a Dryer Fuse Blows 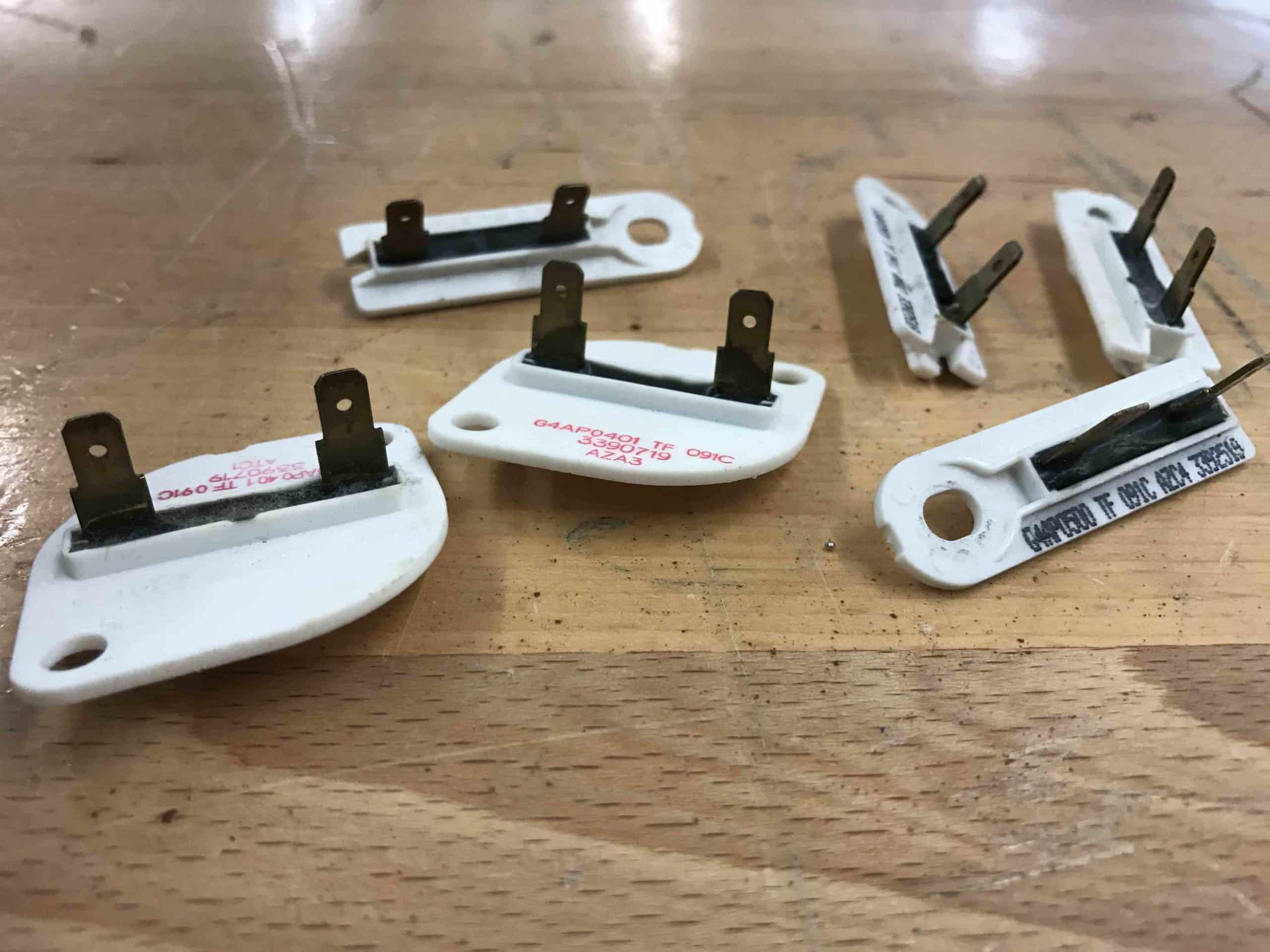 All dryers sold in the United States are legally required to have a thermal fuse. This is different from the electrical fuses that are found in many appliances, and a dryer might have both. A thermal fuse will blow when the temperature gets too high, not when it’s drawing too much current. When it blows, the dryer stops generating heat. It’s necessary to replace it before the dryer will run again.

How do you know if the fuse has blown? Depending on the model, the dryer may stop working completely or it will display an error code.  To tell for sure, you have to open up the dryer, but there are some things you can do first. Whether you want to replace the fuse yourself or call us for a repair, you should start here.

The most important thing is to figure out the reason. If you replace the fuse without fixing the cause, the problem will recur, and it might even cause a fire.

A common reason is that accumulated lint has clogged the vent. You may have gone too long without a cleaning, or the venting might not be properly set up. Make sure that the vent is clean and that it has an unobstructed path. It’s also possible that the fuse has reached its end of life, or that there’s some other failure in the appliance that’s making it overheat. If the dryer doesn’t have clearance on all sides, or if it’s too close to a furnace, that might be a contributing factor.

If you’re comfortable going into electrical components, you can check the fuse.

First, of course, unplug the dryer. Let it cool if it’s hot.

You’ll have to open up  the dryer; the location of the thermal fuse will vary between models. You can find the parts breakdown for many models online; check the diagram for your model to locate the fuse. With some models, it’s difficult to get at the fuse. There’s no shame in giving up if it looks too complicated for your skills. Thermal fuses don’t look like electrical fuses; their appearance varies widely.

The simplest test is to remove the fuse and use a re-settable fuse in it’s place.  That’s not a fix, just a way to test for the real issue causing the fuse to fail, and it’s very dangerous to bypass the fuse for normal operation!

If it still doesn’t run with the re-settable fuse firmly in place, the problem is something else.

Alternatively, you can take the fuse out and test it with a multimeter or continuity tester. If it shows less than one ohm, the fuse is still working and the problem lies somewhere else. If it shows an infinite amount of resistance, then the fuse is blown.

If you can identify the underlying problem, fix it first. Then you can replace the fuse. If the fuse is blown, other components responsible for heat have probably been stressed. Replacing those components could save another repair in the near future.

If the fuse blows again, even after you’ve fixed any venting problems, there’s some other problem with the dryer. It’s time to call for professional repair.

Whether you take the do-it-yourself path or not, we’re available to help with appliance problems that you’d rather not touch. Just contact us to schedule an appointment.