How to Disassemble a KitchenAid Double Wall Oven 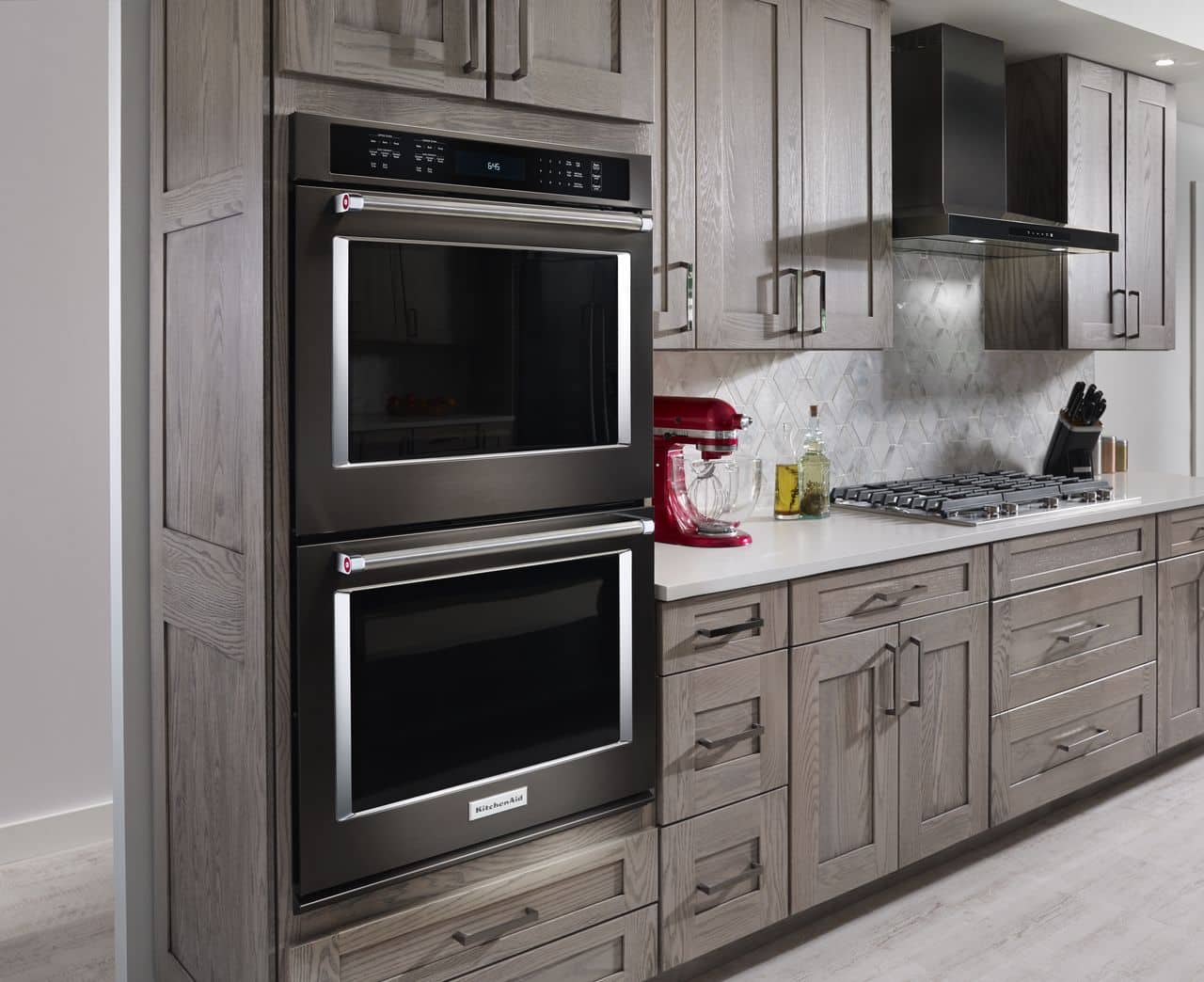 The KitchenAid double wall oven, model # KODE500ESS, is the oven discussed in the following article. It is a 30-inch, convection oven designed to evenly bake your favorite bread, desserts, roasts, casseroles or whatever else your heart fancies. If you own one of these ovens or are considering purchasing one, it would be helpful to know a few things about the relative ease it takes to maintain and repair. Why would anyone want to know how to take apart any oven let alone a double wall oven? There may come a time when a sensor, thermostat, or heating element fails to function, and it would be beneficial to know how to disassemble the oven in order to access any part that needs to be removed and replaced.

How to Perform this Procedure Safely

Throughout this article, you will find caution alerts signaling you to be careful as you proceed. A part may be heavy, fragile, or comprise unseen sharp objects.Before you begin any appliance repair project, please remember to unplug the appliance from its power source or shut off the breakers that control the oven.

How to Remove Either Oven Door

Many people are surprised at how heavy the oven door is so be careful as you attempt to remove it from its hinges.

How to Access the Broil Element and Oven Sensors

How to Disassemble the Oven Door

One of the main reasons you would disassemble the oven door is to replace damaged door hinges.

How to Remove and Replace a Damaged Control Panel

For some reason one or more components are not functioning properly. After performing some basic tests, you’ve decided that the control panel is damaged and must be replaced. Follow along to learn how to access and replace a broken control panel.

One of the signs that your oven has a blown or damaged thermostat is the oven is not heating correctly. Unfortunately, the entire double oven must be removed to access the thermostat.

Now you are ready to remove the entire oven but find someone to help you because you will have a difficult time removing it by yourself.

Please note that you must access the rear panels if you want to replace a heating element, thermostat, or cooling blower fan assembly. If you are having any other problems with your double wall oven, you may need the assistance of a professional appliance repair company.